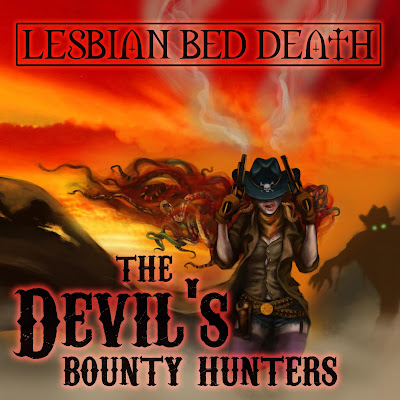 The Devil's Bounty Hunters was the band's fourth studio album and was recorded in the summer of 2013. In the previous months, the bassist and drummer had quit the band, leaving just the core three members left. Unable to tour, the band decided to get back in the studio and capitalise on the creativity that was flowing at the time.

There's an article about this album on Mr Peach's blog. There are plenty of photos and a track-by track break down of the record. Click HERE to read it.

The band also recorded a cover of the Sisters of Mercy classic, When You Don't See Me during the session at Chapel Studios. It was given away to fans who supported the crowd-funding campaign via PledgeMusic.