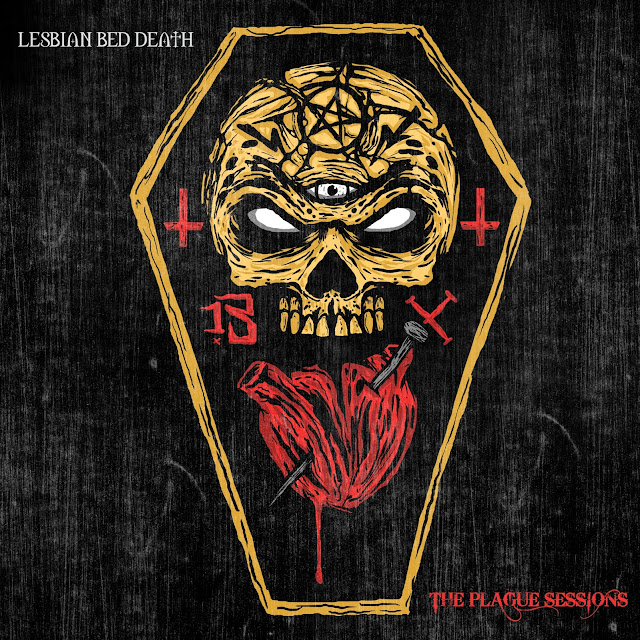 The Plague Sessions is the first Lesbian bed Death 'mini-album' and was recorded at the same time as The Witching Hour album. When the band launched their crowd-funder campaign for The Witching Hour, it was noticed that the cost of postage, especially overseas, had increased significantly. To try and stop fans being put off supporting the campaign due to these postage costs, and to thank the fans who paid regardless, the band decided to record this mini-album and give it to them for free.

The Plague Sessions consists of seven re-recorded Lesbian Bed Death songs, all with Luci4 on vocals. Aside from I Use My Powers For Evil, the original versions had different singers.

Another option on the crowdfunding campaign for The Witching Hour was to be able to choose a song for the band to cover. Fortunately, the fans made some fantastic choices. These tracks were also given away to everyone who supported the campaign.

The Plague Sessions is available to anyone who didn't back the campaign via the Lesbian Bed Death BandCamp page and other digital outlets. The covers have been tagged on as bonus tracks.